The Legend Of Mickey Tussler​ 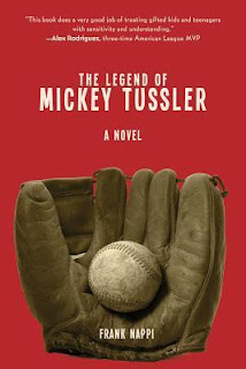 In the late 1940s, the minor-league Milwaukee Brewers are foundering yet again and manager Arthur Murphy is desperate. When he sees seventeen-year old Mickey Tussler throwing apples into a barrel, he knows he has found the next pitching phenom. But not everyone is so hopeful. Mickey’s autism—a disorder still not truly understood even today—has alienated the boy from the world, and he is berated by other players and fans. Mickey faces immense trials in the harsh and competitive world of baseball while coping with the challenges inherent to his disorder. An honest and knowledgeable book about overcoming adversity, and the basis for the television movie A Mile in His Shoes, Mickey’s powerful story shows that with support and determination anyone can be triumphant, even when the odds are stacked against him.